Bokujinkai (People of the Ink Society) was formed by Morita Shiryū, Inoue Yūichi, Eguchi Sōgen, Sekiya Yoshimichi, and Nakamura Bokushi, under the auspices of Ueda Sōkyū on January 5, 1952, at Ryōan-ji Temple in Kyoto. The group’s intent was to sever ties with tired customs of calligraphy and embark on creating the true form of sho or calligraphic art. The members of the group mastered the classics as their foundation and devoted themselves to the study and pursuit of sho through their exchanges with Western abstract painters and encounters with aesthetics and Zen philosophy. In time, the group came to embody the mottos, “sho is formed by writing characters” and “sho is the movement of life and the manifestation of the way to live.”

Today, the group’s activities include an annual symposium commemorating the group’s founding on January 5, an annual spring exhibition in April at the Tokyo Metropolitan Art Museum, a summer training session (to create new works and present new research by members), and an annual autumn exhibition at the Kyoto Municipal Museum of Art. The group also continues to actively promote itself throughout Japan and publish its monthly journal Bokujin (People of the Ink), which now has over six hundred issues.

Bokujinkai is a group that engages in works of sho or calligraphic art with the view of realizing their aspirations after a life of integrity rooted deep in the depths of human nature. While pursuing such a way of life as ours in the field of sho, we hope to build a world full of mutual trust through a heart-to-heart communion inspired by our members’ works. Regardless of region, environment, or historical background, those who share this wish with us are all our friends with whom we would like to work together. Presently, our activities include the publication of our monthly journal Bokujin (People of the Ink) and holding exhibitions and workshops to study sho. Our group is based on mutual inspiration and respect so that each of our members can live to the fullest by exerting their true abilities. 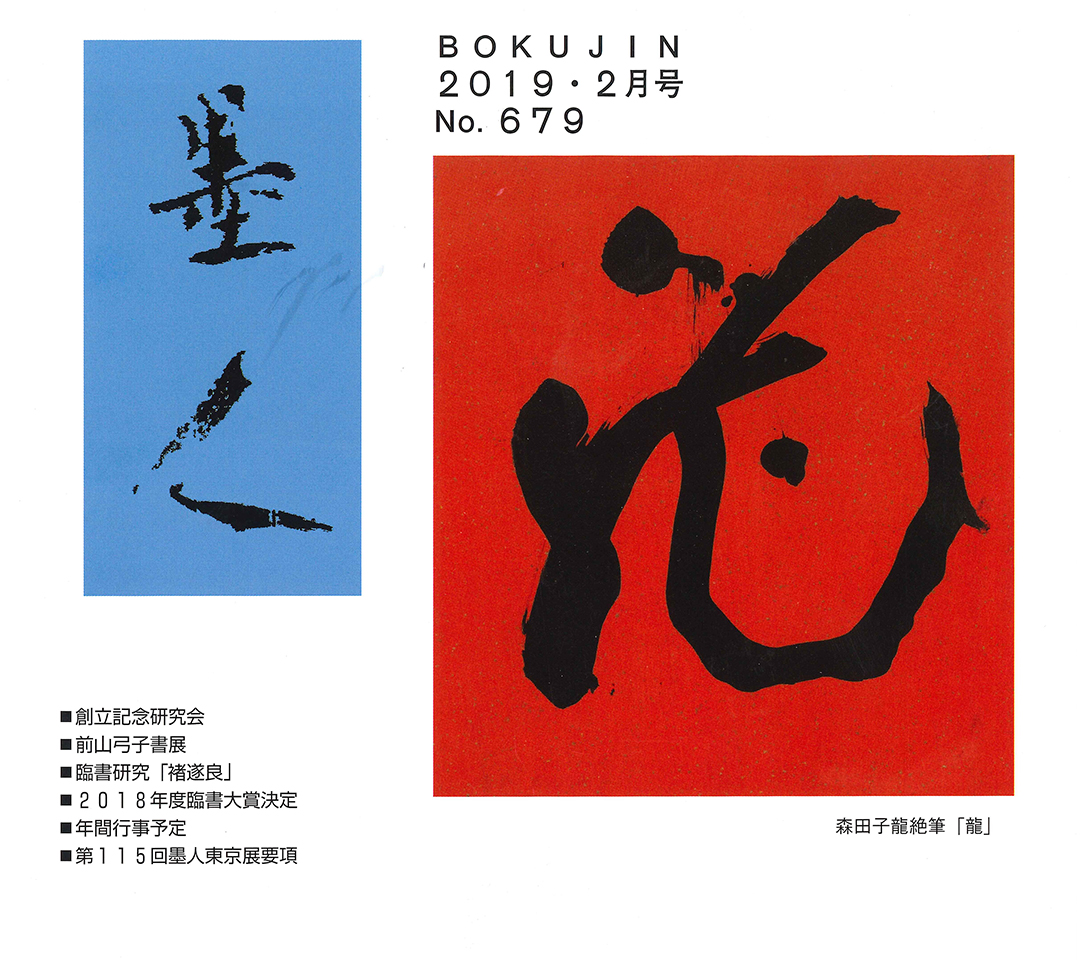 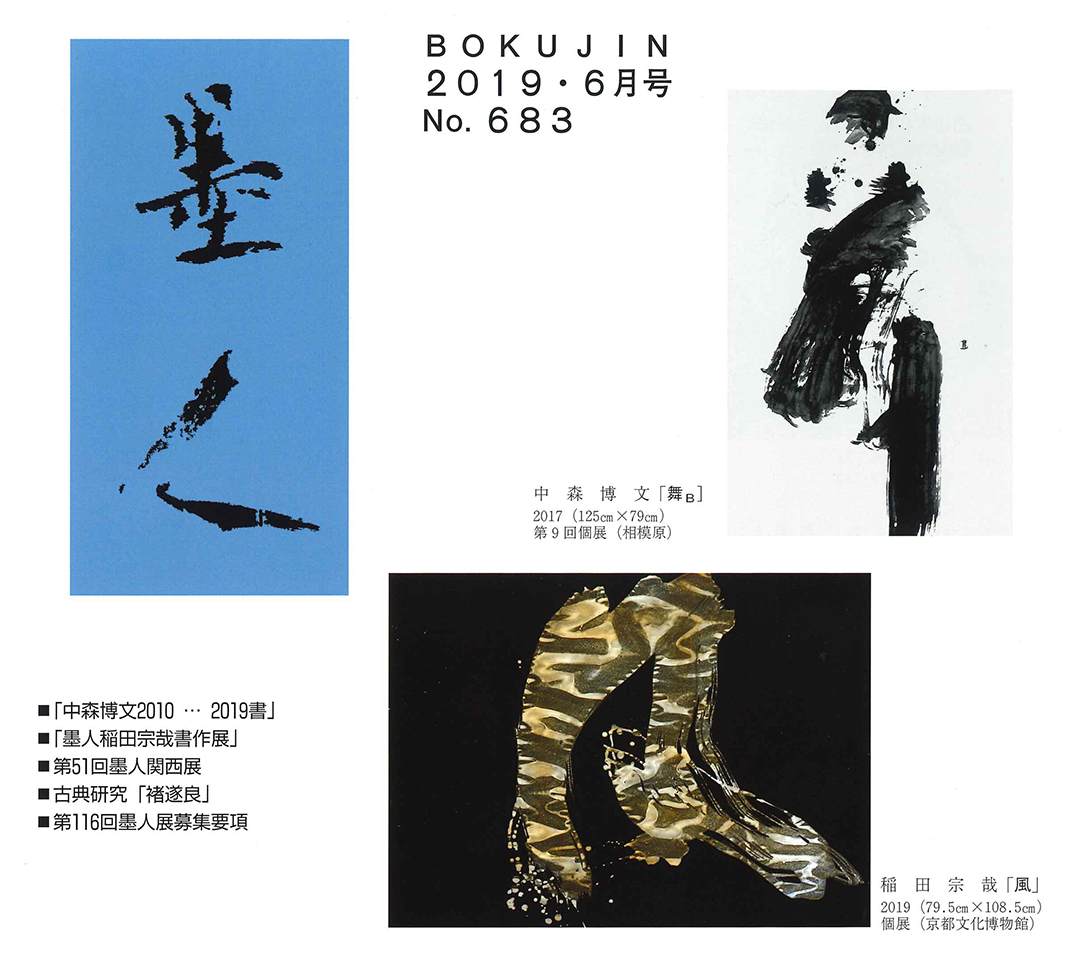 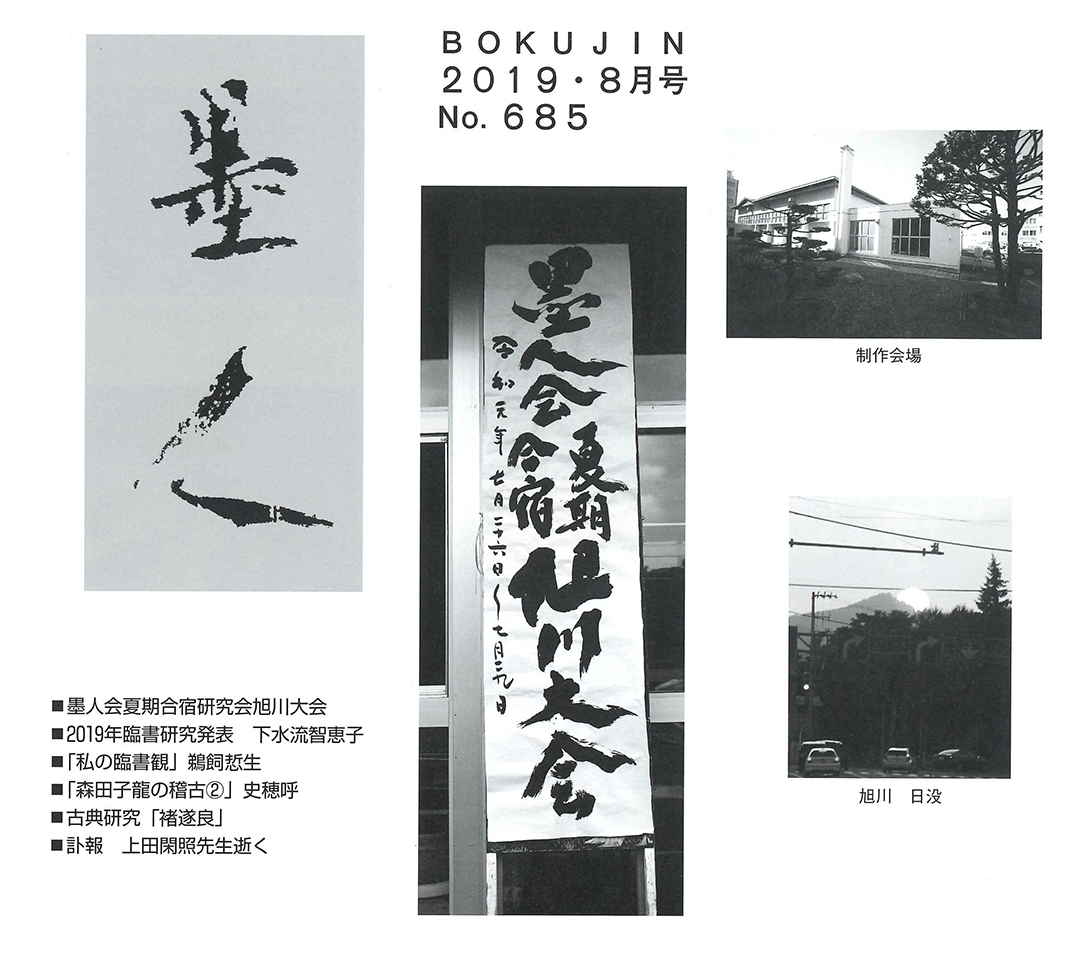 We, the Bokujin (People of the Ink), believe that the act of writing starts as a motion from deep within each of us. In the act of writing script, forms appear from within us and manifest themselves. Writing emerges directly from within us. The expressions of movement found in sho have a large range from powerfully impacting its viewers to magnanimously drawing in and embracing viewers while possessing great strength at its base, and to easing and releasing the emotions of the viewers. Such is the expressions of movement, which are directly transmitted to the viewers. It is neither logic nor knowledge, and may be a holistic sensation. For example, when you meet someone for the first time, you may feel a sense of pressure from that person or a sense of kind understanding. Therein lies a feeling that comes from the depth of one’s circumstances, and not simply one’s goodness. In addition to the totality of this sensation, we believe that this feeling comes from an instinctual, holistic intuition that is universal in all people. It is an inherent trust, in which the deepening of human beings can be found.

We believe the raw depth of those deserving such trust can readily be maximized and expressed in sho. For sho to be such, we say that sho is “the movement of life” rather than “the movement of the kokoro.” Just as kokoro (the heart/mind) may think this way or feel that way, the word kokoro reflects a phase in which it takes some form for its function. The phrase “the movement of the kokoro” refers to the inner motions that arise from the deeper layers before forms appear. The word “life” captures the motions that emerge from the depths that even the consciousness cannot reach. We believe that sho is the movement that comes to life and goes out of us from the depth of depths, transcending good and bad. This is not something that appeals to the surface sensibility of a viewer, rather it directly hits life and possesses deep strength. 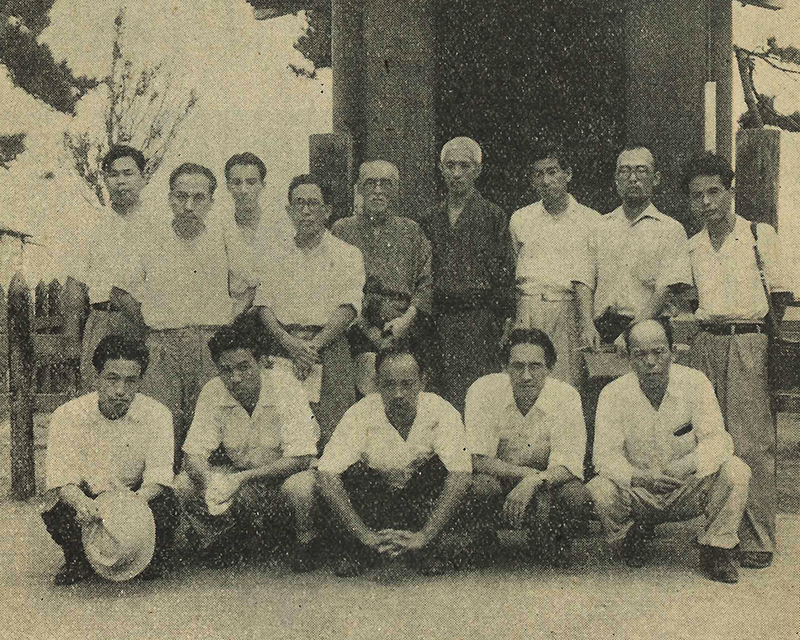